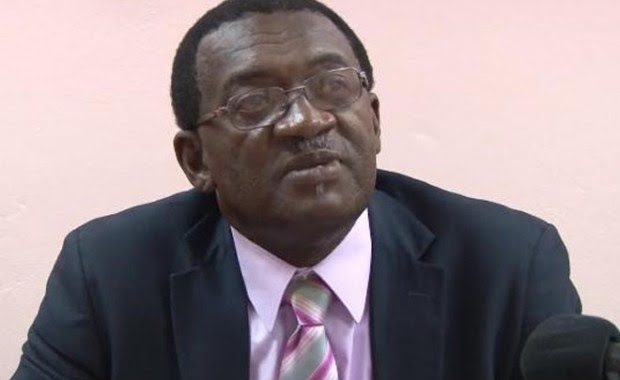 Food safety covers the handling, preparation, and storage of food, in ways that prevent food-borne illness. This includes a number of routines that should be followed to avoid potential health hazards.

In this way, food safety often overlaps with food defence, to prevent harm to consumers.

The safety and well-being of the consumer is Governments uttermost responsibility and goal, in our quest to achieve food and nutrition security. One area of concern, often raised around the world, is the use and presence of pesticides along the food value chain.

The first production of pesticides has been traced to India in 1952 near Calcutta. The term pesticide covers a wide range of compounds including insecticides, fungicides, herbicides, rodenticides, plant growth regulators and others.

Ideally a pesticide must be lethal to the targeted pests, but not to non-target species, including humans.

Unfortunately, this is not always the case, so the controversy of the use and abuse of pesticides has surfaced. The rampant use of these chemicals, under the notion, “if little is good, a lot more will be better” has played havoc with human and other life forms.

The increased use of pesticides is attributed to the tremendous benefits derived from their use in public health, the domestic sphere and, of course, in agriculture. There is no doubt that outputs and productivity have increased dramatically in most countries, for example in wheat yields in the United Kingdom and corn yields in the USA. These increases in productivity are attributable to several factors including the use of fertiliser, growing better varieties and mechanisation, technological and otherwise.

Pesticides have been an integral part of the process by reducing crop losses from weeds strangulation, diseases, insects and pests that can evidently reduce the amount of harvestable produce. Some authorities on the subject argue that “considerable economic losses” would be suffered without the use of pesticides.  Vector-borne diseases such as Zika, chikungunya, leptospirosis, among others are most effectively tackled by killing the vectors. And there is no doubt that the use of insecticides is often the most practical way to control the insects that spread these deadly diseases.

Surely we have seen that the credits of pesticides include enhanced economic potential in terms of increased production of food and fibre, and amelioration of vector-borne diseases, however their increased use and in some cases misuse have resulted in serious health implications to man and his environment.

There is now, overwhelming evidence that some of these chemicals do pose a potential risk to humans and other life forms and also unwanted damages to the environment.

For example pesticides are now found as common contaminants in soil, air, water and on non-target organisms in our rural and urban landscapes. Once there, they can harm plants and animals ranging from beneficial soil microorganisms and insects, non-targeted plants, fish, birds, and other wildlife.

No segment of the population is completely protected against exposure to pesticides and the potentially serious health effects.

A UN report in 2017 showed that an average of about 200,000 people die from the toxic exposure to pesticides each year across the world. The high-risk groups include householders, sprayers, mixers, and agricultural farm workers.

FAO reports for St. Kitts and Nevis shows the average pesticide application per unit of cropland, measured in 2008 was as high as 3.65 kilograms per hectare but since 2014 application rates had decreased considerably to 0.31 kilograms per hectare; with a tendency to increase. There is a need to convey the message that prevention of adverse health and environmental effects due to pesticides; and promotion of health, proper pesticide use are profitable investments for all members of society as a support mechanism to our sustainable development.

The government is committed to ensuring that the adequate support is given to issues related to pesticide availability and use by the various stakeholders. We will continue to educate our communities via the various public and private entities in health, agriculture, commerce, etc. on the adequate use of pesticides.

This Pesticide Awareness Week highlights our efforts as we seek to increase Food Safety, reduce dependency on pesticides and adopt an Integrated Pest Management approach.

We recognize that in an effort to properly reduce the existing pest burden, an integrated management approach is needed. Integrated Pest Management (IPM) is an effective and environmentally sensitive approach to pest management. It is not a single pest control method but, rather, a series of pest management evaluations, decisions and controls.

Already significant steps have been taken to address food safety with respect to pesticide contamination and I am pleased to report that the Vegetable, Fruit and Upland Crop Quality and Safety Improvement Project; a partnership between the governments of St. Kitts-Nevis and the Republic of China (Taiwan) saw the establishment of a Soil Fertility Analysis and Pesticide Residue Detection Lab; the first of its kind in the region.

As a result Our soils are tested, the food is tested and farmers, once they pass the pesticide residue test, receive a licence that can be shown to their customers, certifying that their produce are safe for consumption by humans; they also receive safety labels that can be placed either on the packaging of their product or on the product itself.

The importation and distribution of pesticides is regulated by the established Pesticide Board which evaluates and issues the necessary licences.

One effective way to reduce risks posed by pesticides is to use non-chemical control methods to reduce or eliminate pest problems. Around the home, such measures include: removing sources of food and water such as leaky pipes; and destroying pest shelters and breeding sites such as garbage and plant debris.

Ensure the proper use of pesticides each and every day of your lives.